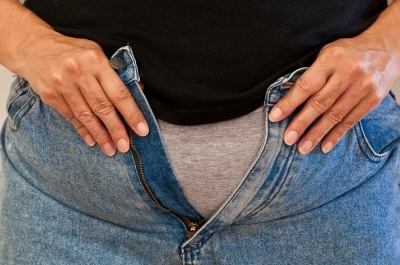 The Boys were on top form last night in the steam room. I hadn’t been for a while, what with one thing and another, and in my absence they seemed to have imbibed a dose of some substance that makes you think you can sing or are funny.

There was a debate about favourite karaoke songs, with Maggie saying hers was These Boots are Made for Walking by Nancy Sinatra. Someone asked how that went, so she sang the chorus, helped by Richard, who stood up and did the moves, following up with a rendition of the bass line to Jimi Hendrix’s All Along the Watchtower. It’s quite rare to hear music in the steam room – idle banter yes; half-witted laughter, yes; voices raised in heated political debate, yes; but live music, no. It was quite hot in the steam but everyone was reluctant to leave for fear of missing any of this unprecedented piece of performance art.

We wondered what would be the favourite karaoke song of one of the absent Boys, whom I shall call Tarquin. He’s generally agreed to be the poshest member at the club, which is saying something – we’re in leafy Surrey, after all, and four-wheel-drive vehicles aren’t in short supply in the car park. Rory said Tarquin was too posh to sing karaoke – after all, he’s been known to wear his ermine and coronet to the health club, before changing into his swimming trunks. Nick said he didn’t know about that, but that Tarquin did have Royal connections, namely a Prince Albert. This led to a rather coarse conversation about whether the Prince Albert was too loose and needed tightening, or whether it was actually a bit tight and Tarquin struggled to push it on of a morning.

Like his namesake, Rory Bremner, Rory is rather good at doing impersonations and made us laugh by doing impressions of two of the absent members getting into the spa pool. Even though he didn’t say a word – just imitated their posture, facial expressions and methods of noisily displacing water – we were able to guess straight away who he was impersonating.

Someone speculated as to what people might say about Rory and Nick when they are not there, to which Rory cogently replied: “That’s why we’re always here, so they don’t get a chance to talk about us”.

I wonder what they say about me behind my back. It’s been quite a good week for insults. I bumped into a former neighbour when I was out for a jog the other day – she was walking her dog. Passing the time of day I said I’d taken up jogging to try and lose a bit of weight and she looked me up and down and said: “Mm yes, you have put some weight on, haven’t you? Must be all that food you eat.” Based on the fact that she once saw me making a chicken casserole!

This came only days after my musical guru, the Modern Folk Poet, revealed he’d written a comic song about overweight women, inspired by me. He then made matters worse by bringing the subject up every five minutes.

“I haven’t offended you, have I, by suggesting you’re fat? It’s only a joke.”

“I mean, I didn’t mean to offend you, by implying you’re overweight.”

“I thought you’d see the funny side, being as you’re a bit porky at the moment.”

“It’s not that I think you’re really fat – maybe carrying just a few too many pounds. Bit of exercise, soon shed that bit of flab.”

“Women can look quite nice if they’re a bit curvy; who wants a skinny woman?”

He ran out of steam in the end, before I had to resort to a vicious kick and a “Shut the fuck up.” Anyway, I remembered that I am in a position to get my own back. I have a half-written comic song of my own which I can polish up and wheel out. Set to the tune of What a Wonderful World, by Louis Armstrong, it’s a moderately offensive parody about men with beards, one of which objects the Modern Folk Poet possesses. As soon as I can learn to play C sharp major on the guitar, which the somewhat complex chord structure demands, I’ll be in a position to get my own back.