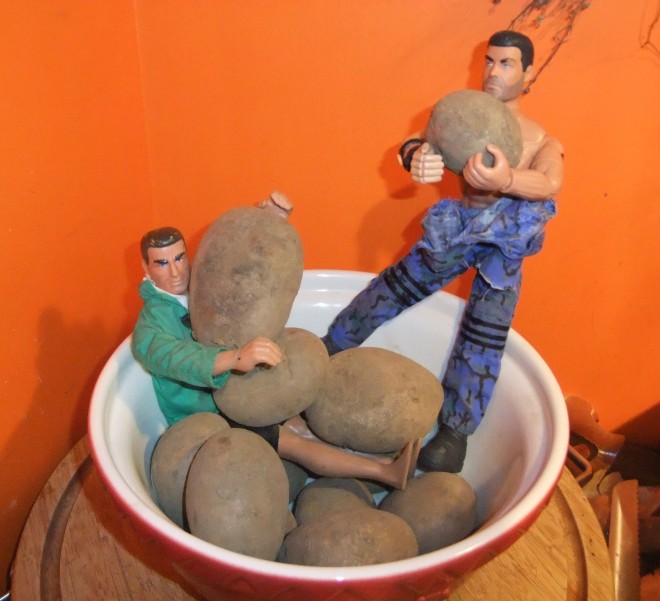 Posted on March 22, 2012February 8, 2013 by Sue Fenton Posted in Humour, Things to Do in a Dull TownTagged dull town, dull towns, humor, humour, things to do at lunchtime

Regular readers may recall that in the last thrilling instalment about lunchtime life in Dulltown, I and my merry band of history junkies went on the town’s Heritage Trail, which culminated at the former lunatic asylum workers’ cottages, having taken in the former cinema, the former railway station and the well-head of the former pumping station, among other attractions.

There seem to be a lot of “former” things in Dulltown, which is perhaps not to the taste of those pleasure-seekers who like to see things that are still there, but with a little imagination you can picture how it all once was in Dulltown’s Victorian heyday.

Today we resumed the trail. (Dulltown is not one of those places where, having done the tourist trail, there’s nothing left to see – the town planners made sure there was plenty to occupy those with not much to do at lunchtime.)

The next part of the trail was heavy on religion, taking in the Baptist Church, the Catholic Church and the Synagogue (aka the former scout hut). The Baptist Church’s claim to fame is that it is located on the site of the former gap in the escarpment through which ran a former railway bridge. We stopped to admire the gap for a while then proceeded to the other religious sites before taking in two primary schools. We discussed whether it would be advisable to take a picture of our sixth member, Action Man, outside one of the schools, but I took the advice of a colleague that “you might get arrested for being a paedo” and we pressed on to the former forge (now a car repair workshop) and took Action Man’s picture there instead.

Our next port of call was supposed to be the former railway embankment. This proved difficult to locate – though we later found out it was out of sight behind the town centre car park – so we agreed to return another time to seek it out. Instead, we decided to go off-piste and visit the Town Farm. As regular readers will remember, I’d already been there on an earlier visit and had admired the potato collection. Today’s trip also revealed the presence of an impressive wood pile, and we chatted with the farm man for a while before purchasing some potatoes and returning to the office.